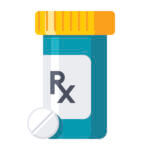 The U.S. Food and Drug Administration (FDA) recently updated the label for the drug lithium to include appropriate dosing for children. The change was made after a trial supported by the Eunice Kennedy Shriver National Institute of Child Health and Human Development (NICHD) showed that lithium was safe and effective for children with bipolar disorder. Prior to this change, lithium had no safety or dosing information for anyone under age 18.

Researchers enrolled 81 children ages 7 to 17, who were divided into two groups. Fifty-three received lithium for a period of 8 weeks, and 28 received a placebo. Based on a questionnaire, researchers found that children receiving lithium experienced improved symptoms over those in the placebo group. In addition, children taking lithium did not experience significant metabolic side effects such as weight gain, as compared to other medications for bipolar disorder.

The Best Pharmaceuticals for Children Act (BPCA), which became law in 2002, funds research on medications for infants and children. The PTN was created by NICHD to make these pediatric trials more efficient. Read more on the NICHD website.