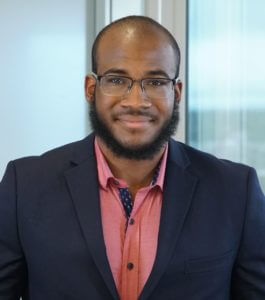 Daniel Gorham was a 17-year-old high school student when his mother, a data scientist at the Duke Clinical Research Institute, showed him an article about the Summer Training in Academic Research (STAR) Program.

Although he dismissed the idea at first, he began reading up on the program and became more intrigued. He applied in 2016, and it is a decision he doesn’t regret.

“I always knew I wanted to do something in the sciences, but I didn’t know which route I wanted to take,” he said. “Learning about the different career fields and meeting different doctors and professionals, I ended up learning more about myself.”

Although Gorham was initially more interested in cancer research than pediatrics, the eight-week program changed his mind. He spent the summer researching bronchopulmonary dysplasia (BPD), a dangerous lung disease that affects approximately 17,500 premature infants in the U.S. every year, often leading to life-long medical problems and even death.

His research on how BPD impacts the lives of premature infants, along with lectures in neonatology and tours of the neonatal intensive care unit (NICU), quickly instilled a love of pediatrics. The fact that Gorham’s older brother had been born preterm made the research hit even closer to home.

“I had always heard these stories about how tiny and sick he was, and how his chances of life were so slim,” Gorham said. “After spending time on rounds and being around these babies and their families, I realized how important this work really is.”

After graduating from the program, Gorham kept in close contact with program director Dr. Danny Benjamin. When an opening became available for a summer intern at the Pediatric Trials Network (PTN), where Benjamin is principal investigator, Gorham jumped at the chance.

For the entire summer, he conducted research on blood plasma stability, or how certain drugs stay stable in the blood of infants and children. At the end of his internship, he presented his findings on 70 different drugs to an audience of doctors and other professionals at the DCRI.

Gorham is now returning to East Carolina University, where he will be a junior this year. After completing his degree, he plans to come back to Durham to take the next steps toward a career in pediatric research.

“When I say the STAR Program changed my life, it sounds cliché,” he said. “But without it, I would have ended up approaching a career that I didn’t have much passion for.”

He recommends the STAR Program to others, and has even encouraged three of his friends to apply.

“It takes you out of the mindset of a high school student and turns you into an adult,” Gorham said. “My outlook on science completely transformed from, ‘I need to get an A in this class’ to ‘This actually saves lives.’”