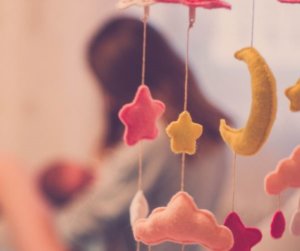 PTN’s study (NICHD-2017-BMS01) of Pharmacokinetics and Safety of Commonly Used Drugs in Lactating Women and Breastfed Infants (CUDDLE,) has completed study enrollment for nine off-patent drugs; marking a substantial milestone in determining the safety of drugs passed through breastmilk.

The study, which began in 2018, has enrolled approximately 50 lactating women, per drug, along with their breastfed infants. Enrolled mothers were already taking one of the following study drugs* as part of their routine care.

“Although the benefits of breastfeeding are well-documented, we still don’t know enough about the effects of many prescription and over-the-counter off-patent drugs when they are passed to infants through their mother’s breastmilk,” said Dr. Kevin Watt, an assistant professor of pediatrics at the University of Utah Health and CUDDLE co-investigator.

It is common for new mothers to have symptoms or medical conditions that must be treated with drugs. With this study, PTN will find doses of commonly used drugs that are safe for both mothers and their breastfed infants.

“Many moms often are faced with the decision to either stop breastfeeding or discontinue their needed medications. We want to remove the mystery from this decision and help allow moms to breastfeed without additional burden,” said Kanecia Zimmerman, MD, CUDDLE PI, associate professor of pediatrics at Duke University School of Medicine, and Co-PI for the PTN.

See the NIH LactMed database for more information on the levels of various substances in breastmilk and infant blood, and possible adverse effects.

*The CUDDLE study will also assess the safety of Escitalopram, Ciprofloxacin, Doxycycline, Levofloxacin, Methylphenidate, and Sumatripan but has not completed enrollment.