The PTN digoxin study achieved a major study milestone by enrolling its first participant. The study team aims to enroll up to 48 infants to determine the pharmacokinetics (how a drug travels through the body) and safety of digoxin prescribed to infants with single ventricle congenital heart disease (CHD).

While digoxin has been approved by the U.S. Food and Drug Administration for the treatment of heart failure in children and adults, more information is needed, particularly in children with single ventricle CHD.

Each year 40,000 infants born in the U.S. are diagnosed with CHD. Single ventricle CHD is the most serious and complex form of the disease. Currently, there are no drugs proven to reduce death during this period. 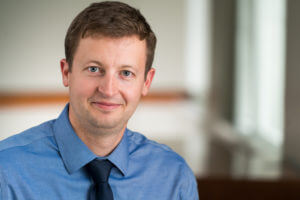 According to study Principal Investigator, Dr. Christoph Hornik of the Duke Department of Pediatrics, “Despite significant efforts by a number of different providers that treat infants with CHD, the mortality rate remains quite high and there are no drugs that have been shown to decrease mortality.”

This study will try to answer questions about the side effects of digoxin and learn more about how it is processed in the bodies of children with single ventricle CHD.

“Digoxin is an old drug, but there is some evidence to suggest it may be helpful, so studying it in this population is essential,” said Hornik.

To learn more about the digoxin study visit ClinicalTrials.gov.